This itinerary is designed for those staying in the city four days and offers an interesting journey to discover the history of Rome, from the ancient ruins to Baroque Rome, from the Vatican to Trastevere, passing through the shopping streets until the Eur neighborhood.

ROUTE: from the Colosseum to Piazza di Spagna The route starts from the Colosseum, the symbol of the capital and one of the most visited monuments in the world. Please note that if you purchase the Roma Pass you will skip the line. Not so far from the Colosseum, there is the Arch of Constantine, which can be considered as a real open-air museum of Roman sculpture.

Continuing along via dei Fori Imperiali you get to the area of the Roman Forum and Imperial Forums.Then, after Piazza Venezia and the magnificent Piazza del Campidoglio designed by Michelangelo, you come to the Capitoline Museums, the oldest public museum in the world, which houses exceptional sculptures and paintings donated by the popes and many archeological finds from the excavations of the city.

Coming down from the Capitol you get to the Pantheon, one of the most exciting architecture of all times . Near the Pantheon, you can visit Piazza Navona, one of the most spectacular squares of Baroque Rome. Going back to via del Corso, you can find two other worldwide famous attractions: the Trevi Fountain and the Spanish Steps.

ROUTE: from Vatican City to Trastevere

The second day, our itinerary departs from the Vatican, where you can admire the majestic and magnificent St. Peter's Basilica, the universal symbol of Christianity, the realization of which was attended by Bramante, Giuliano da San Gallo, Raphael, Michelangelo, Giacomo della Porta, Domenico Fontana, Carlo Maderno and Gian Lorenzo Bernini.

Keep walk via della Conciliazione and you will get to Castel Sant'Angelo, an archaeological site, a fortress and a prison, but also the papal residence full of episodes of great artistic importance.

The route continues to Trastevere, one of the most characteristic district of Rome, where it is a real pleasure to wander through narrow streets, squares and colors that still maintain an authentically Roman character. In addition, the neighborhood is full of typical Roman restaurants and bars where you can spend your evenings.

Trip out of town

ROUTE: from Ostia to Montemartini 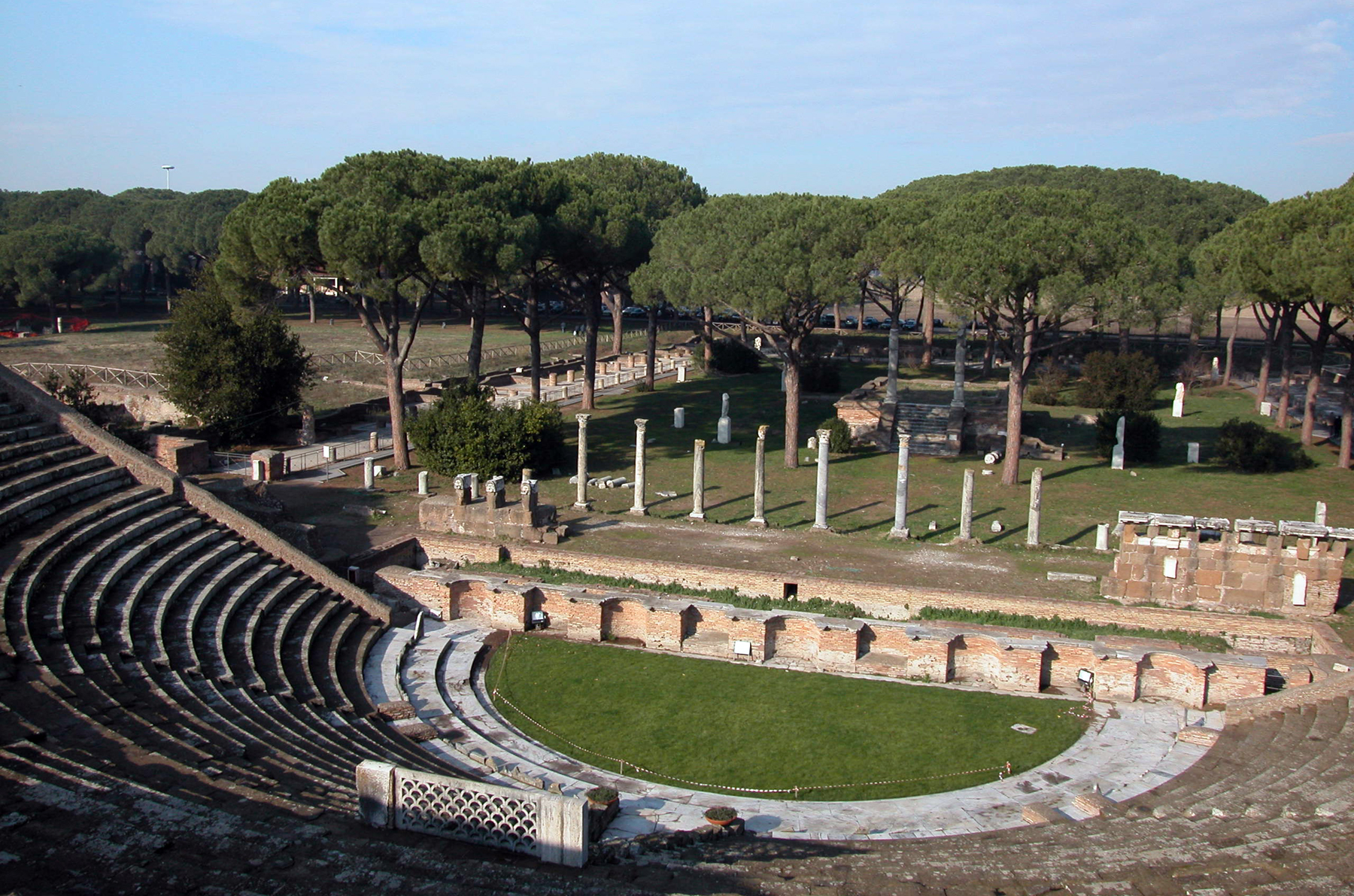 On the third day, our journey takes you outside the historic center of Rome, to visit the excavations of Ostia. This will be an extraordinary opportunity to discover the image of the ancient city and admire an impressive testimony to the history of this beautiful city.
When you return from the ruins we suggest you to take a walk in the Eur neighborhood, to explore the modern side of Rome. The area was designed in the thirties of the last century at the behest of Benito Mussolini, and is characterized by a surreal and metaphysical atmosphere.
From here the route continues in the Ostiense district, where you can see the Montemartini, a successful example of industrial archaeological recovery, where about 400 Roman statues are hosted.

The last day of our trip starts from the Galleria Borghese, an interesting museum housed in the homonymous villa, which displays the wonderful works by Gian Lorenzo Bernini, Agnolo Bronzino, Antonio Canova, Caravaggio, Raphael, Pieter Paul Rubens and Titian.

The tour continues with a visit to the Catacombs of San Callisto, Santa Domitilla and San Sebastian, located outside the city walls. Finally, the tour ends with a stroll along the original slab stones of the Appia Antica to explore the historical memories of Rome.